What Mentally Strong People Do When Things Go Wrong

Explanations and excuses are not the same. Guess which one can hurt you.
Post published by Amy Morin on May 14, 2015 in What Mentally Strong People Don’t Do
Published on Psychology Today blog:  https://www.psychologytoday.com/blog/what-mentally-strong-people-dont-do/201505/what-mentally-strong-people-do-when-things-go-wrong?utm_source=FacebookPost&utm_medium=FBPost&utm_campaign=FBPost
Explanations and excuses are not the same thing. It is rare to hear someone say, “Sorry I’m late. I should have left my house sooner.” You will much more likely hear, “Sorry to keep you waiting but traffic was terrible,” or, “I would have been on time, but I had to stop at the store and it was really busy.”

There is a critical difference between an explanation and an excuse: An explanation accepts full responsibility for a mistake. An excuse places blame, minimizes liability, and tries to avoid consequences. 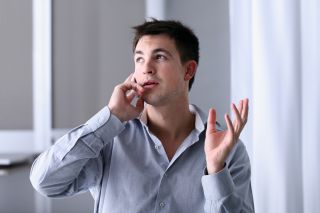 Explanations are pivotal to repairing your relationships and learning from your mistakes. Excuses, on the other hand, hold you back. Trying to convince others—or even yourself—why your shortcomings are justified can be self-destructive. Despite the problems associated with excuses, for many people they have become commonplace.

When young children get caught misbehaving, they often blame someone around them: “He made me do it.” Grown-up excuses are slightly more sophisticated, whether it’s a student telling his professor, “I couldn’t get that paper done because my computer wasn’t working,” or a man telling his partner, “I can’t help that my ex-girlfriend keeps calling me.” But the underlying message is the same: “It’s not my fault.”

Sometimes people assume excuses will help them escape consequences. By saying, “I shouldn’t be to blame,” they expect others to take pity on them and not hold them accountable. Unfortunately, excuses can become a way of life. Some people insist that everything from their stress load to their difficult childhood is keeping them from achieving their goals.

Yet, covering up your mistakes with excuses damages your relationships as well as your reputation. How can someone trust you to do better next time if you claim that today’s mistake was completely out of your control? Before you can begin convincing someone that you won’t let it happen again, you need to accept personal responsibility for your behavior.

Shirking responsibility temporarily relieves feelings of shame, guilt, and fear. According to a 2014 study(link is external) in the Journal of Consumer Research, claiming you didn’t have a choice in the matter reduces emotional discomfort in the short-term. Researchers discovered that when people justified their behavior by saying they were “forced” to indulge in guiltypleasures, they experienced fewer negative emotions.

For example, when participants experienced pressure by others to blow their diet, they were less likely to worry about the long-term consequences of overindulging since they were convinced they “had” to do it. But when offered options without the same pressure, people who indulged experienced regret.

You can learn from your mistakes by looking for explanations. Accept full responsibility for the way you think, feel, and behave without blaming other people or circumstances. Don’t waste valuable time and energy trying to justify why you shouldn’t be held accountable.

Examine your role in executing the problem. Take time to discover exactly where you went wrong so you can use that information to improve. By being able to say, “Yes, that’s my fault. Here is how I will avoid making that mistake next time,” you increase your chance of success.

Amy Morin is a psychotherapist and the author of 13 Things Mentally Strong People Don’t Do(link is external), a bestelling book that is being translated into more than 20 languages. To learn more about her personal story behind the viral article turned book, watch the book trailer below.