Love of Christ in Christmas and Year Round

We are still in the Christmas season, the most celebrated occasion on the Christian calendar, a new baby, new hope, but it is also a time that we remember that “today is the day of salvation and that the Lord can wrap up history whenever He likes, or as Jesus says, ‘What I say to you, I say to all: watch” Mark 13:37 NKJV)”[1]  We have great joy and celebration. While we don’t really think of it in these terms we should remember that Jesus’ second coming will be at least as much a time of joy and celebration as His first coming. Christmas certainly brings us the time of the new Hope “For unto you is born this day in the city of David a Savior, who is Christ the Lord”, the shepherds who heard those words knew full well what that meant, the angels used the word Christ, in Greek Xristos, in Hebrew Meshiach, the anointed one, the delivered, the promised one of God. This was the beginning of the new era, in Christ, in the anointed one, we are reconciled with God, before man was lost in their sins. Man could not rely on the Savior to know his God, to know salvation. Finally in the fullness of time God sent His Son and through Him we are saved, maybe not according to the hopes of first century Judaism, which if those hopes were fulfilled certainly would not have saved everyone, a new David, a new political state might have somehow benefitted most people, but the bottom of that society would have drudged along and died, lost forever, as would all, a political salvation is nice, for a season, but in the end man is lost and no one wins.

These words would have rung a little hollow: “Glory to God in the highest, and on earth peace among those with whom he is pleased!” There might be political peace, again for a season, but the evil that hounds man would still be as much as ever, probably worse,  while we have profound evil in the world today, we are still saved despite it, there would never be a solution to evil in a world where a new King David reigned. Heck, King David was capable of pretty profound evil himself, certainly not an ultimate antidote as Christ the Messiah is.

The world has slipped into this mode that Christmas is supposed to be an escape from reality, it tries to substitute the season for  all of the difficulties, melancholy, even despair of the world with “nostaligia, artificial trees and unrealistic diets” Despite the phoney cover the world tries to put over Christmas, it fails. For most of us, most of the time Christmas is a time of cheer, a break amidst the reality and that’s fine, but so many people see it as some sort of magical, cure all and it’s just not. Rates of depression and suicide skyrocket, why, because we’re supposed to be happy. Tammy, Donna and the rest of the Grief Share leaders did three separate programs this holiday season for Grief Share for the holidays. For those who have lost loved ones, and frankly who hasn’t when you get to a certain age, the nostalgia of the season often reminds us of the way Christmas was, who was there and who isn’t there now.

As Rev Sean Daenzer puts it, Far from ruining the holiday with a dose of reality, these days help us to ground our Christmas joy in the One who comforts in suffering and conquers in death. Jesus, our Emmanuel.[2]

No one is saying that we have to be some kind of kill joy, no one’s trying to bah-humbug the season of Christmas, good for you if you can transcend reality for at least one day and forget what is around you and in a way, you should and that’s what the church tries to show you. We have the hope, love and promise of Jesus 24/7, 365, we really don’t need to have what the world seems to need. A time when as Daenzer observes, the world tries to create a phoney world view, and then a few days later we deal with Winter Storm Hercules. The love of Christ is year round, the church is year round, the Body of Christ is year round, as brothers and sisters in Jesus we have a day in/day out reminder of who we are in Christ, the joy we have in Jesus.

Daenzer goes on to point out, that the church annually finds a way to sort of bring us back into the reality of the world, yes, we spend time remembering the Christ child and we do it by wrapping Santa Claus and Rudolph the Red nose reindeer and Black Friday and bright lights yada, yada and yada, but the church commemorates two great men of the Bible and also to remind us that evil is still prevalent and that the only remedy is the love of Christ year round.

Right out of the gate we celebrate St Stephen. Stephen was the first martyr after Jesus’ ascension. He started as a deacon, whose work of love in Jesus was to serve the widows of Christians by distributing food to them to help them survive. Widows of the most vulnerable people in that period and the Christian Church worked to serve those who had lost their husbands, often as a result of martyrdom.

On the very next day we remember St John the apostle and evangelist. John proclaimed Jesus as “The Word became flesh and dwelt among us” (John 1:14) We have John’s Gospel, we have the Book of Revelation that he wrote and his three epistles. Daenzer writes: “[John’s] writings bear witness both in deep and in simple ways, but they always point to what Christmas is all about: love. This love isn’t fading nostalgia. It isn’t love tarnished by broken promises, absent loved ones or dysfunctional family gatherings. God loved the world in this way, that He gave His only begotten Son.”[3]

Finally the harsh remembrance of evil on Dec 28, “The Holy Innocents” Herod’s slaughter of the babies, his insane attempt to try and eliminate the true king of the Jews. Last week’s Matthew reading quoting Jeremiah: “A voice was heard in Ramah, weeping and loud lamentation, Rachel weeping for her children; she refused to be comforted, because they are no more.”(Matt 2:18) Who is Rachel? She is Jacob’s wife, and what was the name that Yahweh gave Jacob? Israel! These are the children of Israel and Rachel is mourning her children and Jacob’s.

It is the love of Christ that moves us, sustains us, comforts us throughout the year. Certainly we should celebrate that love on a particular day and what better day to do that then on the day that the angel proclaimed to the shepherds: “”Fear not, for behold, I bring you good news of a great joy that will be for all the people. For unto you is born this day in the city of David a Savior, who is Christ the Lord. (Luke 2: 10-11) As I said, they knew what Xristos/Meshiach meant, the Savior, the chosen one. We have this great promise. On this day we remember the Magi, these men were not Jews, but they came to honor Him who would be the salvation of not just the Jewish people, as John wrote “for God so loved the world”. And so it was the love of God, Father, Son and Holy Spirit. “Everythiing in the heart and life of the Father was released to His Son. As the Father expressed His love for a broken and sinful world, this passion was manifested through the life of His Son.”[4] Henry Blackaby writes. The day of the incarnation that love blossomed into the world, but it would be a love that would grow and increase and climax on that cross, that cross that would pay for our sins. It was a love that far exceeded Christmas and is for all of us every day. What did the wise men do on that day of Epiphany? They did what we should be doing at every opportunity, Leo Sanchez writes: “the wise men followed the star and came to Bethlehem for no other reason than to ‘worship’ the Lord.” … “We see in the wise men’s worship of Jesus a picture of faith and love.” [5] As this Baby brought to us gifts of eternal value, the wise men brought gifts of great earthly wealth to Him as acts of worship. We have the opportunity to show the love of Christ year round through our “gifts” to Him to imitate the Magi. We use our treasure to support the Church of Christ, to serve others with our wealth, not for our benefit, but as we would tell those who receive to live for Him who gave His all for us.

Christmas is a time of great joy, but let’s temper that joy by remembering those who gave back to Jesus in great sacrifice, who died for the cause of Christ, who came a long distance to worship Him and offer their wealth to Him. Blackaby writes: “Jesus prayed that God would place this same love in His disciples. He knew that no other motivation would be sufficient for the assignments God had for them. God’s answer was to place His Son in them. It is impossible for a Christian to be filled with this measure of love and not to be on mission with God.”[6]

Take this time to reflect not only on what God gave us in His Son, but how we worship and sacrifice for Him who served us. Enjoy Christmas, but remember it’s deeper meaning and go back into the world on December 26th in the spirit of Stephen, John, the magi,  those who gave all they had for Christ. Remember the love that motivated them and that Christ has for us. By doing this we persevere through the entire year, even that time before Christmas when we may not feel merry or the need to make merry, but are lifted up in Him whose love is not just year round, but for eternity.

And the peace of God, which surpasses all understanding, will guard your hearts and your minds in Christ Jesus. Amin and shalom Christ is born!! 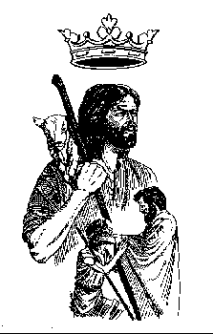 1 thought on “Love of Christ in Christmas and year round”